Panel presentations will be in English. Small group discussions & networking will be bilingual.

Most Reverend José H. Gómez is the Archbishop of Los Angeles, the nation’s largest Catholic community. He also serves as President of the United States Conference of Catholic Bishops. In his ministry, Archbishop Gómez encourages people to follow Jesus Christ with joy and simplicity of life, seeking to serve God and their neighbors in their ordinary daily activities.

He was ordained a bishop on August 10, 2011 at Holy Name Cathedral and is the only man that Cardinal George ordained both a priest and a bishop. He chose as his Episcopal Motto, Nos basta el amor de Dios (God’s love is all we need). On December 2, 2019, the Apostolic Nuncio to the United States announced that Pope Francis had appointed Bishop Rojas as the Coadjutor Bishop of San Bernardino.

The Most Reverend Nelson J. Pérez, D.D.
Archbishop of the Archdiocese of Philadelphia

Reverend Monsignor Nelson J. Pérez was appointed Auxiliary Bishop of the Diocese of Rockville Centre in New York on June 8, 2012 by Pope Benedict XVI. He was ordained a Bishop on July 25, 2012 in Saint Agnes Cathedral, Rockville Centre, NY by Bishop William F. Murphy. Bishop Pérez was appointed by Pope Francis as the 11th Bishop of the Diocese of Cleveland on July 11, 2017. He was installed at the Cathedral of Saint John the Evangelist on September 5, 2017. On January 23, 2020 Pope Francis appointed him the 14th Bishop and 10th Archbishop of the Archdiocese of Philadelphia.

Alejandro Aguilera-Titus, is the National Coordinator for the V Encuentro. He is also the lead staff for Hispanic ministry for the United States Conference of Catholic Bishops under the Secretariat of Cultural Diversity in the Church. During his thirty-five years in ministry, Alejandro has worked at the parish, diocesan, regional and national level, and has participated in the III Encuentro and the IV Encuentro (Encuentro 2000). He is co-founder of the National Catholic Council of Hispanic Ministry (NCCHM) and the National Catholic Association of Diocesan Directors of Hispanic Ministry (NCADDHM), and serves on the board of these and other national Catholic organizations. Alejandro is an adjunct faculty at the University of Dallas, and is co- author of the series Prophets of Hope with St. Mary’s Press. Alejandro has an M.A. in Theology and is a Doctor in Ministry Candidate at Barry University.

Deacon Enrique Castro is a happy husband and a father of two. He was ordained to the permanent diaconate for the Diocese of Jefferson City in 2019. He is the Executive Director of the Faith Formation Department for the diocese and oversees the offices of Hispanic & Intercultural Ministries, Marriage Ministries, Religious Education & and Youth Ministries.  He holds a Bachelor of Liberal Arts in Music with emphasis in Classical Guitar Performance and Choral Conducting from the University of Arkansas at Little Rock, a Master in Catholic Philosophical Studies and a Master of Theological Studies from Saint Meinrad Seminary and School of Theology. He feels very blessed and grateful to God for every gift he has received throughout his life and for the opportunity the Lord has given him to serve him and his Church.

Neomi De Anda is a Tejana scholar/activist and Catholic Lay Marianist, was raised between El Paso and Corpus Christi, Texas. She currently serves as Associate Professor of Religious Studies at the University of Dayton. She holds a Ph.D. in Constructive Theology. Her research interests include Latinas and Latin American women writers in religion 1600-1900; Christology; Latina Theology; theology and breast milk; the Intersection of race and migrations in conjunction with the Marianist Social Justice Collaborative Racial & Immigrant Justice Team; and developing a border theology in partnership with the Hope Border Institute. She currently holds the position of President-Elect for the Academy of Catholic Hispanic Theologians of the United States.

Yohan Garcia is the National Formation Coordinator for Pastoral Migratoria – Archdiocese of Chicago. He is responsible for developing and implementing the leadership formation program of Pastoral Migratoria at the national level in several pilot sites throughout the United States. He earned an Associate’s Degree in Business Management from the Borough of Manhattan Community College (BMCC), a B.A. in Political Science from Hunter College, and an M.A. in Ethics and Society from Fordham University. He strongly believes that we all share the responsibility of achieving social justice.

Jessica Hernandez is the Coordinator for Hispanic Youth and Young Adult Ministry for the Diocese of Des Moines, IA. Born in Mexico City, Jessica came to the United States at the age of 7 with her mother in search of a better life. She graduated from Iowa State University in 2014 with a B.S. in Microbiology and began a career in science before leaving it to enter ministry in 2016. She is currently studying for her M.A. in Theology and Pastoral Ministry at Boston College. Jessica is bilingual.

José Lopez is the director of Hispanic youth and young adults & migrant ministry, Diocese of Stockton. He serves as Vice president of (CMFN) Catholic Migrant farmworkers Network. José pastoral leadership experience includes participation in the 1983-1985 process of the III Encuentro, the Encuentro 2000 (IV Encuentro), the First National Encounter of Hispanic Youth & young Adults Ministry in 2006, the II National Consultation of Migrant Farmworkers Ministry in 2007, and the process of the V Encuentro as a member of ENAVE. He is a familiar face and leader in our national Pastoral de Conjunto, contributing extensively to our “memoria histórica” and commitment to those in the margin of the Church and society.

Father Juan Molina recently completed his tenure as the parochial vicar and parochial administrator in one of the largest parishes in the archdiocese, Our Lady of Guadalupe Church in Helotes. On the national and international levels, Father Molina served as a program officer for Catholic Relief Services and policy advisor and director at the United States Conference of Catholic Bishops.

Brenda Noriega is a young minister committed to accompaniment and evangelization.  She earned a master’s degree in pastoral ministries from the University of Santa Clara. Brenda collaborates in multiple national and international committees including the International Youth Consultative Body for the Dicastery of Laity and Family Life in Rome. In her current professional role as Mission Educator-Promoter with Maryknoll Fathers and Brothers, Brenda forms and accompanies young people and their families developing their leadership skills to become missionary disciples practicing their Christian values in their daily life.

María Olivia “Marioly” Galván is the Chancellor and Director of Pastoral Ministries for the Diocese of San Diego. In this position, she oversees the Offices for Evangelization & Catechetical Ministry, Diocesan Institute, Family Life and Spirituality, Liturgy and Spirituality, Life, Peace & Justice, Youth and Young Adult Ministry.  Marioly obtained her Master’s degree in Pastoral Theology with an emphasis on Pastoral Leadership from Loyola Marymount University in Los Angeles. She has been actively involved in the coordination of two diocesan synods, the first in 2016 focused on Amoris Laetitia and the second in 2019 focused on Christus Vivit. Nationally, Marioly has served as the Representative for the Diocesan Directors and Associate Directors of the Southern Province of Region XI from 2013-2020. She has been actively involved for many years with the National Conference for Catechetical Leadership and served as Animator for the Diocesan Directors Forum. Currently, she serves on the Executive Committee of the National Catholic Association of Diocesan Directors for Hispanic Ministry and Vice President for the Region Eleven Commission for the Spanish Speaking. Throughout her ministry, Marioly has served God and His people with joy and dedication. 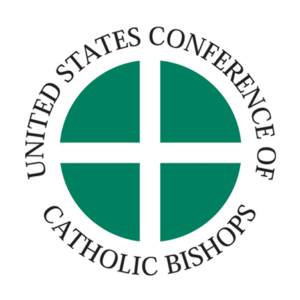